Beginning in the 2013 fiscal year, the Government of Kenya (GoK) has announced that e-ProMIS, the electronic Project Monitoring Information System, will be its main platform for managing the national development budget. “No project will be included in the budget if it is not captured in e-ProMIS,” said Kenyan Economic Secretary, Dr. Geoffery Mwau on behalf of Mr. Joseph Kinyua, Permanent Secretary of the Kenya Ministry of Finance (MoF), to participants in a user training retreat in Nairobi on April 2nd, 2013.

e-ProMIS also reinforces new transparency and accountability measures outlined in Kenya’s 2010 Constitution, by providing public access to information on government spending. Dr. Mwau stated that enhancements to the system have been substantially informed by user feedback, as well as the Constitution’s new public financial management structures. 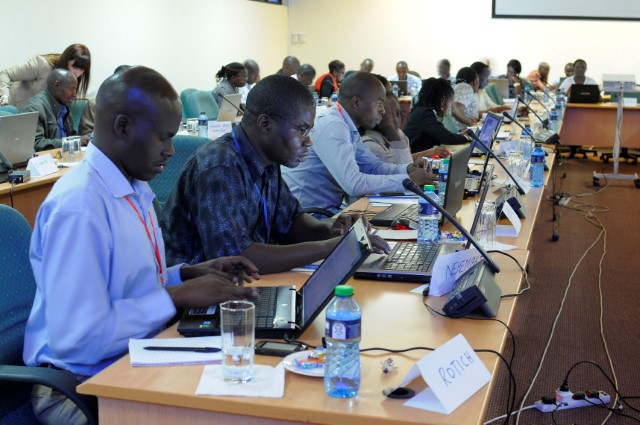 Mr. Oisebe noted, “Kenyans are asking for results: ‘You say that you are doing A, B and C, so what?’ Through e-ProMIS we have developed M&E reports like the Annual Progress, Public Expenditure, and Project Implementation reports, to update Kenyans on where we are, and how we are spending the tax payers’ money.”

Synergy Project Manager Emilya Khachatryan observed, “e-ProMIS is a truly ‘whole of government system’ that is fully integrated into the Government of Kenya’s existing processes. High level political support for a system of this breadth is quite remarkable.”

Kenya’s ultimate goal for e-ProMIS is full stakeholder ownership. “We do not just expect you to upload and update information in the system, but also to sensitize your colleagues and clients,” said Dr. Mwau. “The system allows you and the public to send comments to relevant authorities on how to increase accuracy of information and accountability. I urge you to be the e-ProMIS champions in your respective organizations.”